The Texas Sports Hall of Fame has announced its 2020 Hall of Fame class and induction ceremonies are set for March. 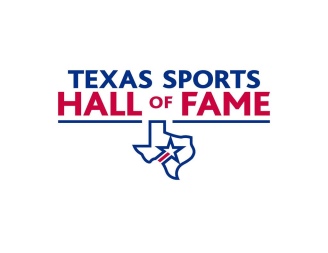 The 2020 class will be honored on Saturday, March 28, 2020 at 6 p.m. at the Waco Convention Center.
A reception will be held at the TSHOF before the banquet at 4 p.m.
A news conference will be held from 4:00pm to 4:30pm at the TSHOF and will be open to patrons with reception tickets.

Here is the Texas Sports Hall of Fame Class of 2020, presented by Texas Farm Bureau:

Michelle Carter: Carter began her career winning four shot put state championships at Red Oak High School. She went on to the University of Texas to become a seven-time All American, win five Big 12 titles and become the 2006 NCAA indoor champion. In 2016, she won a gold medal in shot put at the Rio de Janeiro Olympics. She was the first American female to win gold in the shot since 1948 and is the American record holder in the shot with a throw of 67-8 at the 2016 Olympics.

Robert Griffin III: Griffin led Baylor University to a 10-3 record in 2011, winning the distinguished Heisman award, AP Player of the Year and the Davey O’Brien Award and setting 20 career records in the process. He was the 2nd overall pick in the 2012 NFL Draft for the Redskins and currently plays with the Baltimore Ravens.

Shane Lechler: Lechler played at Texas A&M, where he became a two-time all-American punter and set an NCAA record with a career average of 44.7 yards and was on the 1997 All Big 12 Team. He played with the Houston Texans from 2013-2017 and was the NFL all-time record holder for career punting average and NFL’s 2000’s Team of the Decade Punter, as well as a six-time 1st team All Pro, and a seven-time Pro Bowl selection.

Teresa Weatherspoon: A native from Pineland, Texas, Weatherspoon led Louisiana Tech to the 1988 NCAA women’s basketball title and brought home plenty of awards and titles. In 1997, she was drafted in the WNBA draft to the New York Liberty and retired as the franchise’s all-time leader in assists and steals. She won a gold medal at the 1988 Olympics and a bronze medal at the 1992 Olympics. Today, Teresa is an assistant coach with the New Orleans Pelicans.

Combination reception/banquet tickets are $200 each or $1,400 for a reserved table of eight.

Banquet-only tickets may be purchased for $75 each, or $600 for a reserved table of eight.